Our September campaigns began with some work around Labor Day in the US. With so many members in the middle of free membership, an offer wouldn't have been appropriate, so a simple greeting did the trick. Despite the absence of a promotion, the click-through-rate was extremely high and nearly doubled overall site usage on the day.

We also saw a large group of US members coming to the end of their free membership period during September, so a combination of special offers were put together to convert those users into paying customers to maintain the momentum they had built up. Upgrade rates were great, with a higher-than-average number of members taking up the offer. The challenge for us now is to ensure those users rebill at the end of their initial subscription.

The theme for September was experimentation, with a whole host of new Featured Member concepts being tested on various networks. "Hump Day", "Saturday Night Fever" and "Getting Started" all had their own take on the standard format and gave us some interesting insights. They’ve also allowed us to formulate a strategy for further development of our Featured Members email in coming months. 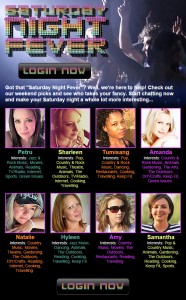 We saw even more tests in our value-added campaigns including, amongst others, featured diary posts and roleplay ideas making their debut. It's early days as far as results go but so far those campaigns have contributed a significant amount of traffic so we can expect to see more testing before potentially making some a permanent fixture in our monthly programme. 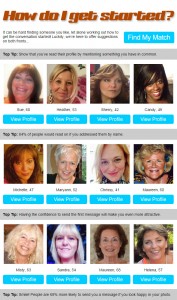 Check back in next time to hear about the campaigns we’ll be running throughout October.

September was all about laying the foundations for another fantastic financial year for the CRM team.

September started on a mission to keep users engaged, after the influx of new members that our record-breaking offer at the end of August delivered. We began the month with a free read session for US members to celebrate Labor Day, which, as usual generated a sizable boost to the number of members online.

September comms round up

Having sent out over 20 different campaigns and offers this month, the comms team have been extremely busy making sure they’re targeting the right audiences at the right time. With not many significant calendar dates falling in September, we created a variety of featured member campaigns, free reads and encouraging offers to engage with members.