We’ve seen USA conversion rates climb consistently since the beginning of 2016 and as a result, we experienced our highest USA revenue day on record on Sunday 13th March! 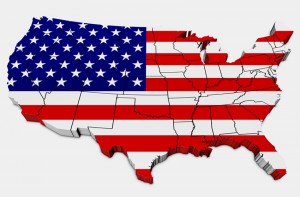 Seeing such strong growth outside of online dating’s busiest season is highly encouraging. The USA is online dating’s biggest market and we’re thrilled to be growing so consistently. On Sunday 13th, the number of new paying subscribers increased by 21.7% across the territory, resulting in an impressive 67.6% increase in total revenue!

This growth comes as a result of heavy investment in the territory and a strategic focus on the highest performing locations and niches. The USA division now includes a wide range of partners such as Alaska Dispatch News, San Diego City Beat, Los Angeles Newspaper Group and Paranormal Date.

Sunday 13th March was a record high and we’re confident that our high converting platform will continue to beat more records highs throughout the year!

*All figures are in comparison to the average day in 2015.

Windsor, 1st March 2018: This March, White Label Dating are offering their partners the highest revenue shares they’ve given out in over 15 years as well as one off incentive payments.

22 March 2016, London: White Label Dating experienced its highest growth day on record across its USA division on Sunday 13th March with a 21.7% increase in new paying subscribers. USA conversion rates have been climbing since January, resulting in a 67.6% increase in total revenue.

10 August 2016, London: White Label Dating’s Casual network is experiencing dramatic growth in all major territories, with conversion rates increasing by +44% in the USA alone. This rapid growth comes as a result of the company’s comprehensive customer engagement programme designed to increase partner revenues.