Having sent out over 20 different campaigns and offers this month, the comms team have been extremely busy making sure they’re targeting the right audiences at the right time. With not many significant calendar dates falling in September, we created a variety of featured member campaigns, free reads and encouraging offers to engage with members.

Here are just a few of the campaigns we sent out last month...

On the 4th, 7th, 11th and 14th of September, we sent out a series of Bolt-On campaigns to all members as a reminder that they can be added on to their account, for example, read notifications and VIP search. The series increased Bolt-On sales by an impressive 180%.

We sent out a Father’s Day greeting to all our male members in the USA and New Zealand on September 4th. This was to congratulate fathers and encourage them to login and engage with the site.

Our mid-month upgrade offer was available between September 16th & 19th. The discount went out to all basic members and contributed towards a 28% increase in upgrades during this period. 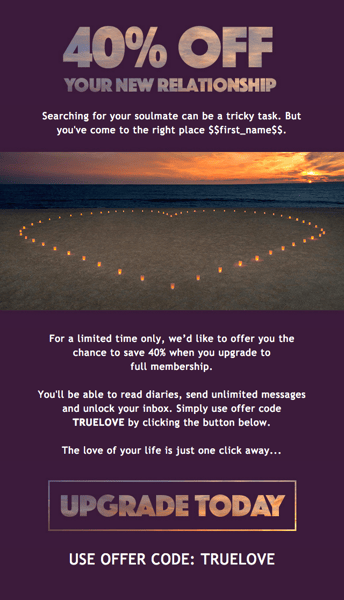 On September 24th, we sent out a free message encouragement to all basic members. To encourage members to send a message we stated what it is and how to do it, we also included some tips on successful dating. This resulted in a 116% increase in messages being sent. 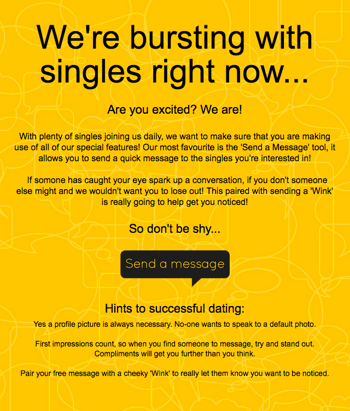 To celebrate the new Bridget Jones movie release, we offered UK mainstream members a chance to win two pairs of cinema tickets if they entered an exciting diary entry. The winners were chosen the following Tuesday and the campaign was successful at driving activity on the platform. 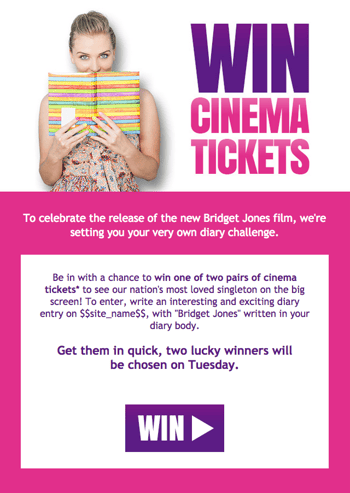 The comms team are already preparing campaigns for Halloween later this month, keep an eye out in November to find out how they went!

September’s Partner of the Month

Congratulations to this month’s Partner of the Month, David Cliff!

September comms round up