The build up to Christmas tends to be a quieter time for online dating ahead of the peak season in January and February, which is why we sent out lots of comms campaigns throughout December to encourage members to upgrade. Continue reading to find out how last month’s campaigns went.

Between 2nd and 4th of December, we offered all basic members the chance to upgrade their accounts for almost half the price! The offer ran over the weekend and contributed to a 37% increase in upgrades during this period. 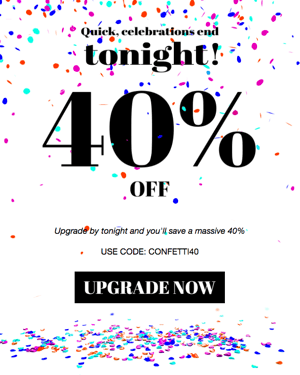 We also sent out an upgrade offer in the middle of the month (between the 13th and 15th) to encourage members ‘not to leave everything until the last minute’. With a fun Christmas theme, upgrades increased by 16% over these dates. 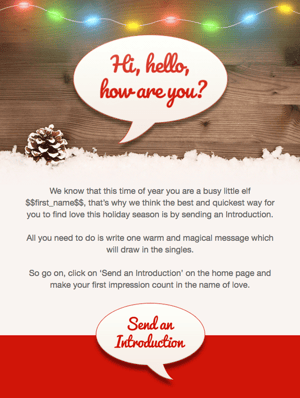 On the 23rd December, we sent an engagement reminder to all members (split by last log in date). The campaign was to encourage members to log in, upload more photos and start sending lots of messages. This increased profile updates by 12%, photo uploads by 31% and Introduction messages sent by 32%. 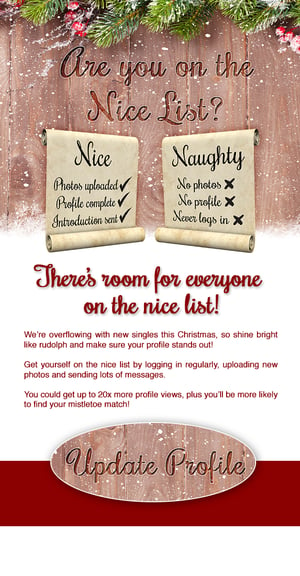 After Christmas, between the 26th and 28th December, we sent an offer to all basic members to prompt them to upgrade their accounts. This period is the beginning of online dating’s busiest period so it’s a great time to engage with members. The offer contributed to a 48% increase in upgrades during these dates.

On December 31st, we gave all basic members the opportunity to read their messages for free up until 1am. This showed a 100% increase in peak members online during this period - this is a great result considering it was New Year’s Eve!

With the New Year just beginning, our comms campaigns for this month and next are well underway. As Valentine’s Day is just around the corner, it’s the perfect time to engage with users and give them a reason to upgrade!

As John Lennon famously said, ‘another year over and a new one just begun.’ The end of 2014 was a predictably busy time for the comms team, with the post-Christmas and New Year peak in online dating activity very much the focus.

Our December comms round up

Our first comms round up of 2018 is here and we’re going to be sharing all the results from our Christmas campaigns!