Matt was our very first employee when he joined in March 2004. He started in Customer Care, where he grew the team to a team of 20 before joining the Acquisitions team. Matt is a prime example of how we work hard to retain our staff. It helps us to support growth and our employees gain a deeper understanding of the business. A few years later, Matt joined the Engagement team where he’s now the Senior Engagement Manager.

When asked what his most memorable moment has been so far, Matt said it is without a doubt appearing in the Just Singles TV ad three years ago. Just Singles is one of our commercial brands and a handful of White Label Dating staff were recruited to appear alongside paid actors in the 30 second ad that was shown on E4, ITV2, Sky Living and many more. In case you missed it, you can watch it here!

During his time at White Label Dating, Matt has witnessed the online dating landscape change dramatically. In 2004, there was still a stigma attached to meeting someone online. Fast forward a few years and as the number of dating brands on the market increased, attitudes began to change. In 2014, meeting your partner online was already the 4th most common way to meet a date, with the most popular being through friends, at work and in a bar.

The shift from desktop to mobile has made it easier for more people to use dating products and also attracted the younger demographic, which has helped dating online to become more mainstream. That being said, in a more competitive marketplace using a white label dating provider is more important than ever to be able to compete. Matt predicts we'll continue to see new dating sites pop up to take advantage of the lucrative industry.

With the market changing so quickly, who knows what the next 13 years will bring!

To celebrate the Supreme Court’s ruling to legalise Gay marriage in the USA, we’re offering White ... 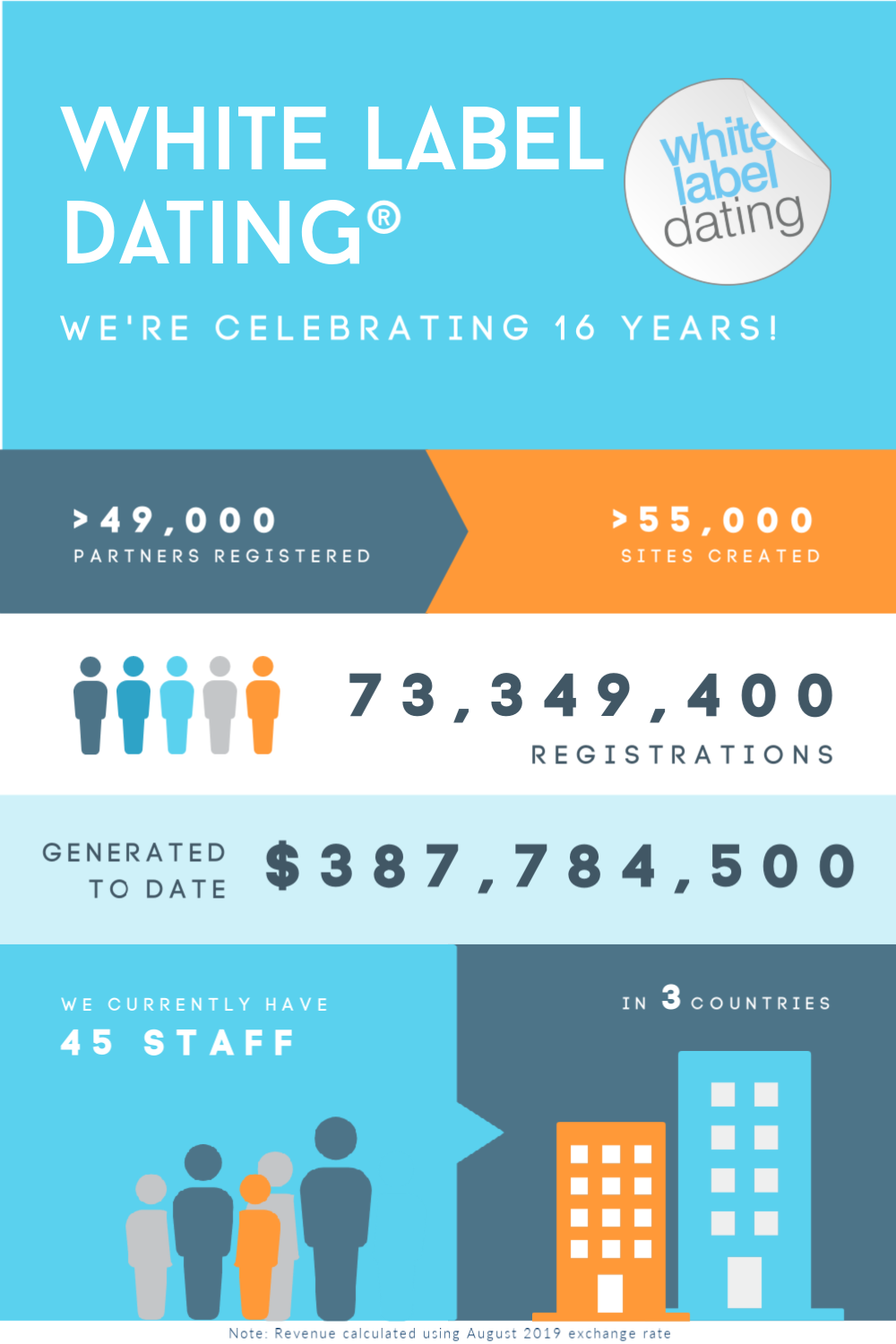