Since the start of this year, we’ve seen some really strong growth in our Australian territory and we think it’s worth your investment.

Keep reading to find out exactly why...

Across the whole territory, we’ve seen the snapshot conversion increase in January vs. December by 9%. Considering there is already an increase in registrations across all territories during this time, this shows that the traffic, which is readily available in Australia, continues to convert at an increasing rate.

We’ve also seen a really positive improvement in Mainstream traffic in this territory, having seen growth in conversion of over 10% in January which we can see has continued into February. As well as this, there has also been a 10% increase in the initial revenue per basic on the Mainstream network.

And the biggest statistic yet...

Recently, we’ve seen that compared to the UK, the Initial revenue per upgrade (the payment collected at the point of sale) is 42% higher in Australia. Showing you that you can make more money from converting members in this territory.

The numbers in specific areas

We’ve looked at some data across the territory to help you decide where might be worth investing:

If you’re interested in hearing more about this territory and would like to find out more about getting started, get in touch with your Partner Manager right now!

How to target the Mature network effectively

When building your marketing strategy, it’s important to consider who your audience is. Different users have different needs and it’s important to understand what these are to cater to your target market effectively. 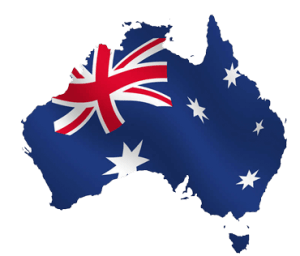